John II,  "The Perfect Prince", (born 1455 at Lisbon, Portugal — died October 1495, Alvor; Portugal), King of Portugal from 1481 to 1495, is regarded as one of the greatest Portuguese rulers, chiefly because of his ruthless assertion of royal authority over the great nobles and his resumption of the exploration of Africa and the quest for India. 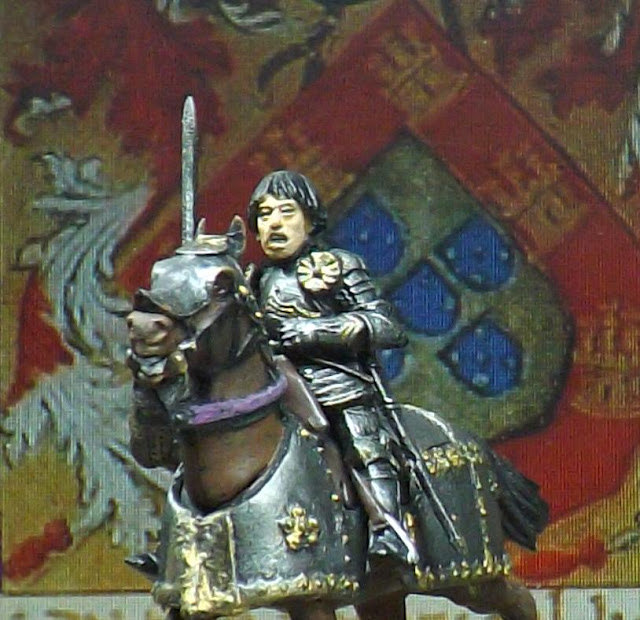 John was the great-grandson of the founder of the House of Aviz, John I. He fought bravely alongside his father King Afonso V during the conquest of Arzila in Morocco, thus winning his knighthood, as was the Aviz tradition,. In 1474 his father entrusted him the “trade of Guinea” and the African explorations. When Afonso V claimed the Castilian throne in opposition to Isabella I, he appointed John his regent (April 1475). John mobilized an army and marched to support his father. 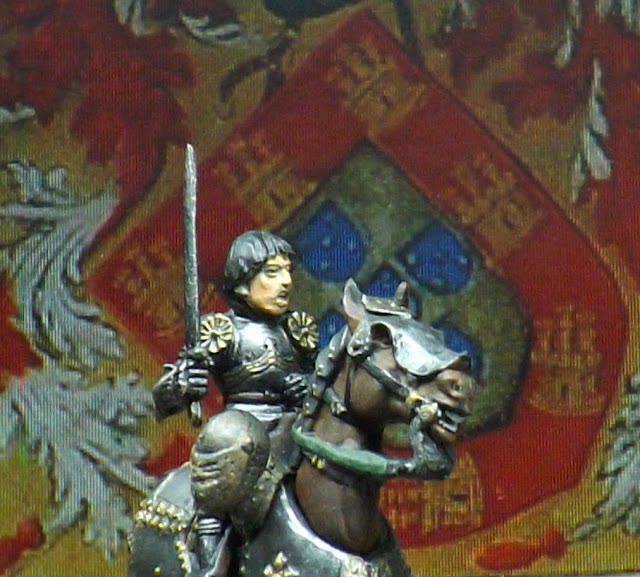 The ensuing Battle of Toro (March 1476)  had an inconclusive military outcome, but added to the Prince´s prestige: his father´s troops were beaten by the Castilian left-centre, but his own Battle defeated the Castilian right wing, leaving him with the possession of the battlefield. 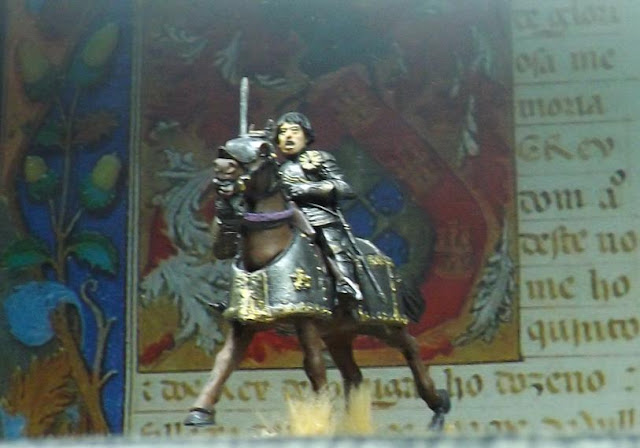 However, Afonso´s defeat was a tremendous political victory for the Catholic Monarchs, assuring them the throne of Castile. An ashamed Afonso V departed to France in a fruitless search for an alliance, while John defended the frontier and parried a Spanish counterattack. Afonso’s lack of success caused him to announce his abdication. John was proclaimed king, but his father returned and resumed his reign, concluding the disadvantageous Treaty of Alcáçovas before his death in August 1481. 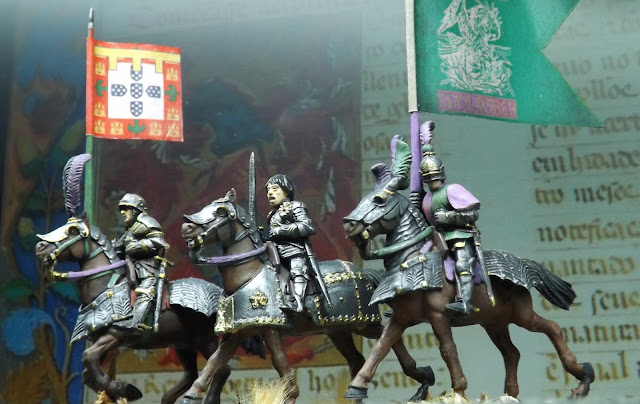 When he became King, John summoned the Cortes  at Évora (November 1481) and imposed a drastic oath of obedience on his vassals. He also reasserted the beneplacet, requiring papal letters to be submitted to him before publication. 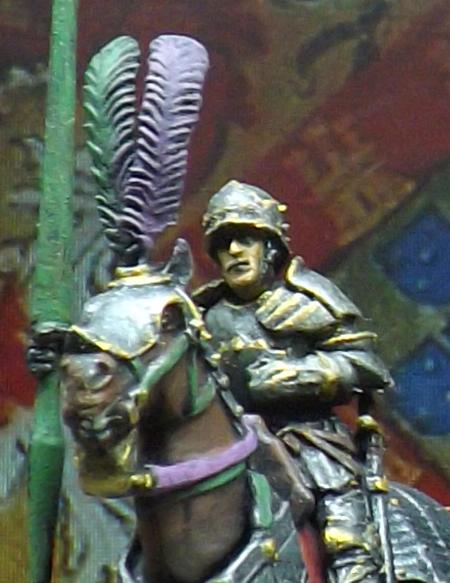 He accused the powerful  Duke of Bragança of treason and had him tried and beheaded at Évora (June 1483). Although evidence was produced that the Braganças had intrigued with Castile, it seems clear that John sought vengeance for their having caused the death of his maternal grandfather, the regent Dom Pedro. 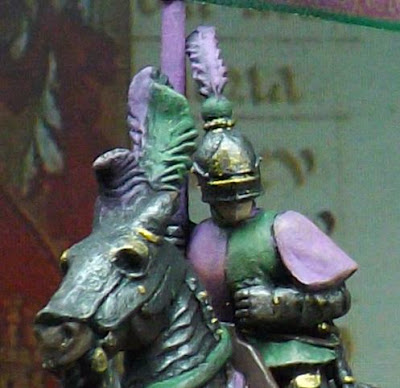 He confiscated the Braganças’ vast estates and appointed royal judges in what had been private jurisdictions of the nobility. When a second conspiracy sought to remove him and bestow the crown on his wife’s brother the Duke of Viseu, John killed his rival with his own hand (August 1484). 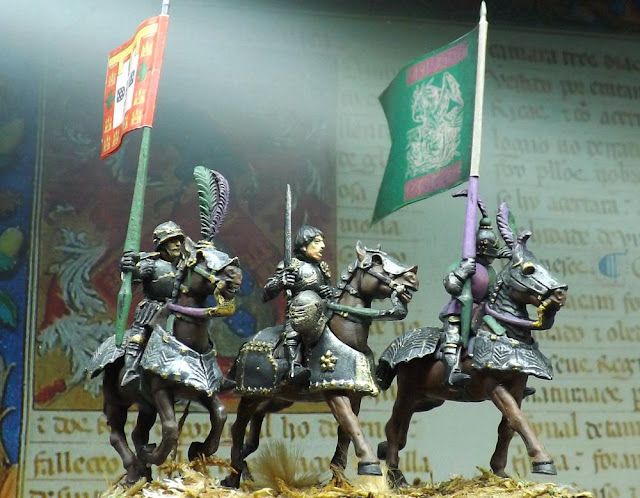 He suffered a long illness and died in 1495 at the small castle of Alvor in the Algarve - some say he was poisoned. John’s exercise of personal power, particularly against the nobles, explains the epithet the Perfect Prince, which owes its origin to Lope de Vega’s play about him. 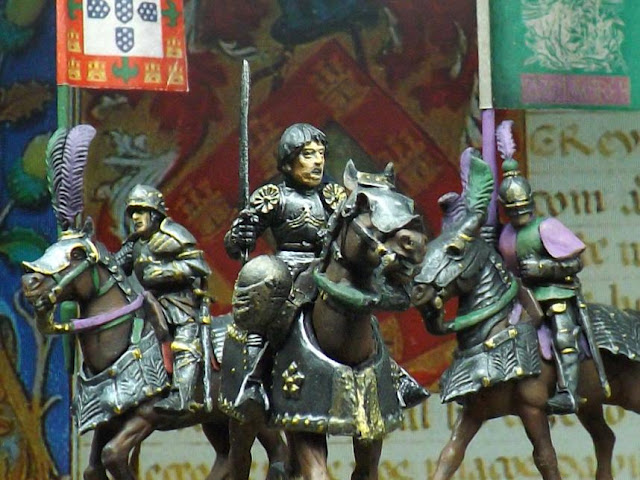 His personal colours were green and purple. He chose "Pela Lei e Pela Grei" (For  Law and for Nation) as his motto; the symbol of his personal entreprise was a pelican feeding its young with its own blood. 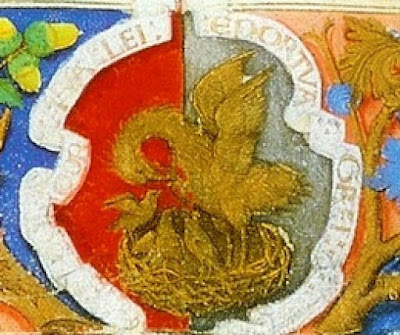