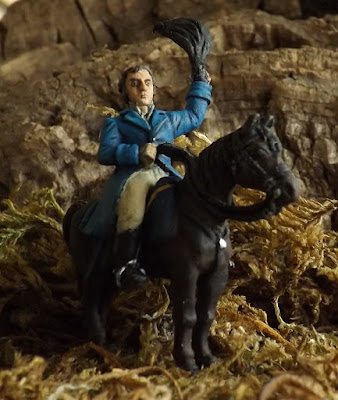 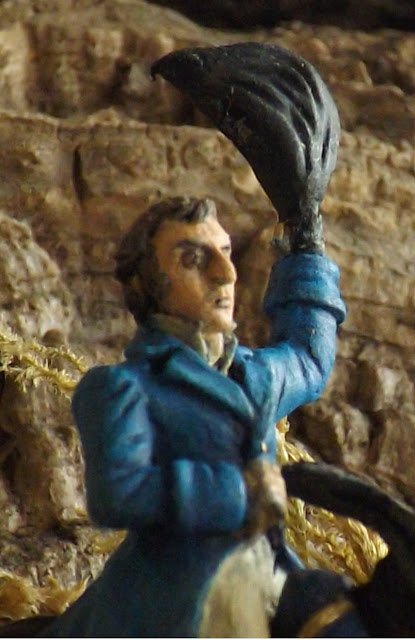 He would become one of the most famous British military commanders of all time. After brilliantly leading the British Army during the Napoleonic Wars he would later become Prime Minister of Great Britain (1828–30).
When in 1808 the Portuguese rose against Napoleon, Wellesley was ordered to support them. Ready for battle, he left Cork on 12 July 1808. 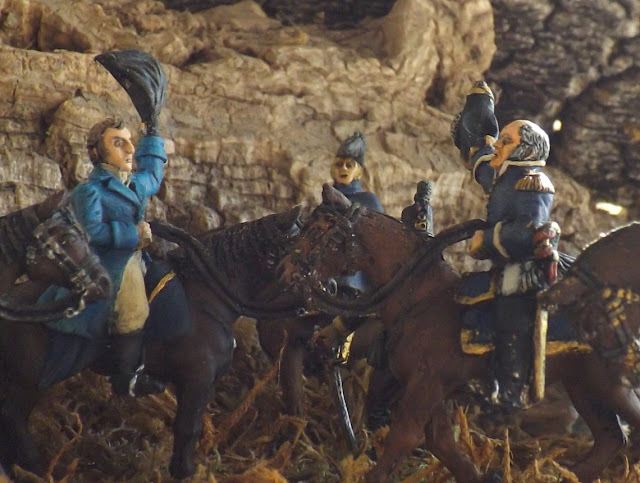 Wellesley did not intend to be “half beaten before the battle began”—the usual effect on continental armies of Napoleon’s supremacy. With “steady troops” he expected to master the French attack.
His “thin red line” of British infantry did indeed defeat Gen.Junot’s columns at  the Battles of Roliça (August 17) and Vimeiro (August 21). 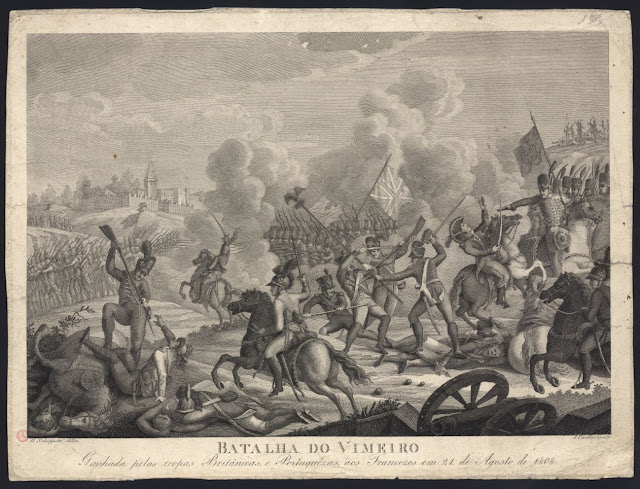 The arrival of two superior British officers prevented a pursuit: Wellesley was superseded in command immediately after the latter battle, first by Gen Burrard, and then by General Dalrymple.  The shameful Convention of Sintra was subsequently signed, stipulating that the British Royal Navy would transport the French army out of Lisbon with all their loot.
The 25,747 French (of whom 20,900 were under arms) were transported in English ships. Junot landed at La Rochelle on 11 Oct. 1808 with his two mistresses on his arms. Junot's men were back in Spain, fighting to put down the Spanish uprising, as late November, early December. By 13 December elements of Delaborde's division entered Vitoria. Although displeased with Junot's performance Napoleon eventually wrote to him, "You have done nothing dishonorable; you have returned my troops, my eagles and my cannons, but I certainly hoped you would do better...you have won this convention by your courage, not by your dispositions; and it is with reason that the English complain that their generals signed it..." 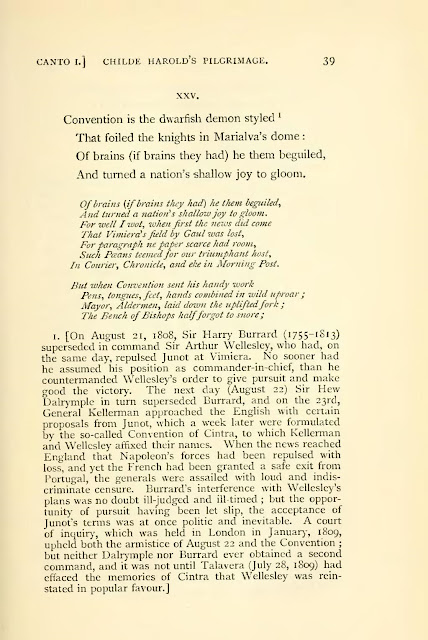 Due to public outrage, Dalrymple, Burrard and Wellesley were recalled to Britain to face a Court of Enquiry. Wellesley had agreed to sign the preliminary armistice, but had not signed the actual Convention, and was cleared. Though acquitted, Wellesley returned to Ireland as chief secretary. 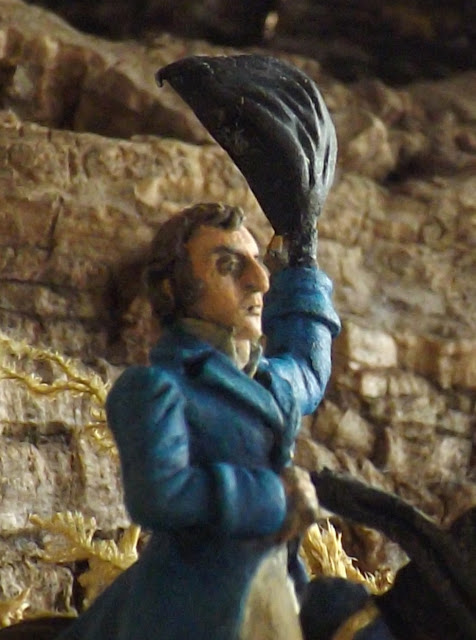 After the British evacuated Spain, however, he persuaded the government to let him renew hostilities in 1809, arguing that Portugal could still be held, a decision that was crucial to Europe. Landing at Lisbon, he surprised Marshal Nicolas-Jean de Dieu Soult, captured Oporto, and chased the French back into Spain, but a joint Anglo-Spanish advance on Madrid failed despite a victory at Talavera (July 27–28). 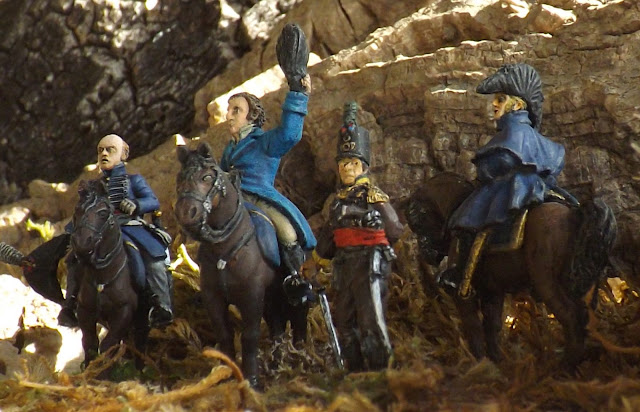 Though rewarded with a peerage for his offensive, Viscount Wellington retreated with his greatly outnumbered force to his Portuguese base, defeating Marshal André Masséna at Bussaco on the way (September 27, 1810). 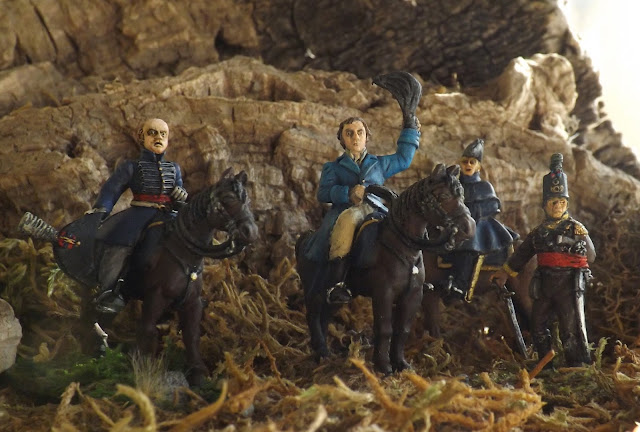 He had secretly fortified the famous “lines of Torres Vedras” across the Lisbon peninsula. Masséna’s evacuation of Portugal in the spring of 1811 and the loss of Fuentes de Oñoro (May 3–5) triumphantly justified Wellington’s defensive, scorched-earth policy and confirmed his soldiers’ trust in him. 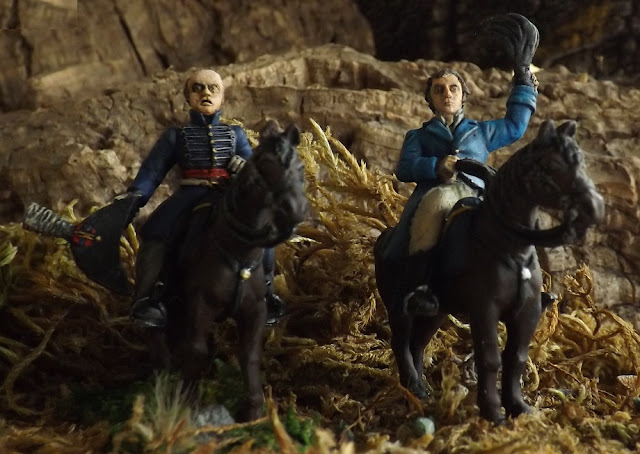 He was nicknamed “nosey” by his men, and “the beau” by his officers, for his slim five feet nine inches, the perfectly cut civilian clothes he preferred to wear, his wavy brown hair, and brilliant blue eyes. 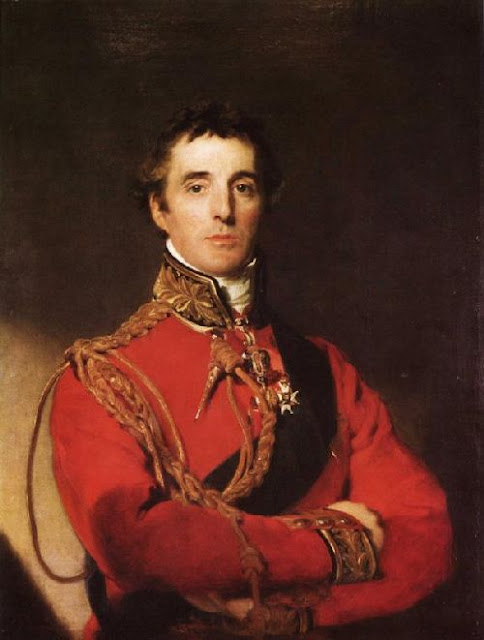 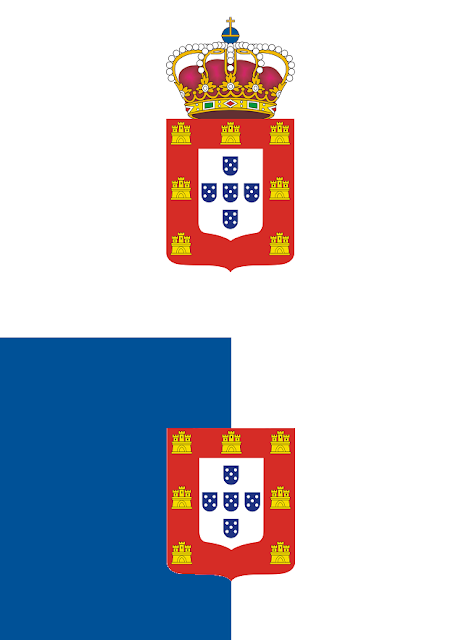 and have the honour of inviting you to take a look! :D


The first six Battalions of Caçadores were raised by 14th October 1808 Decree. 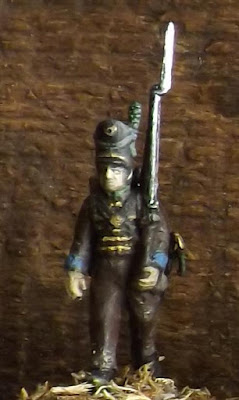 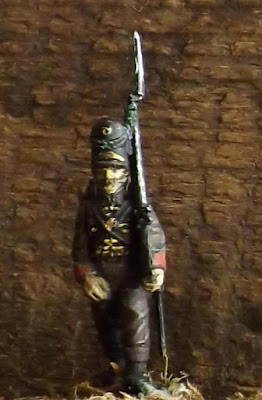 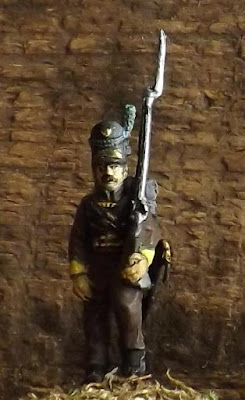 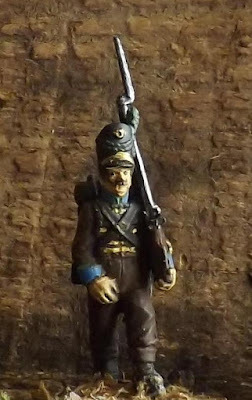 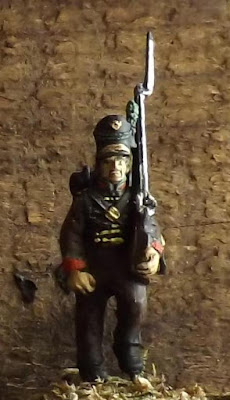 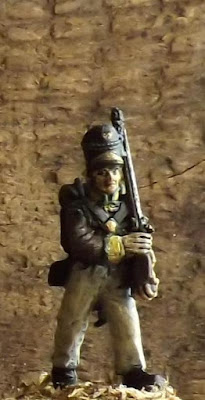 Uniform specifications were regulated by 11 November 1808 Decree.
The uniforms were made in Portugal, of  also locally produced wool cloth called Saragoça.
Medium to dark brown, its discreet colour and sturdy texture made it ideal for skirmishing.


Every Battalion had a different jacket, with collars and cuffs sporting its distinctive colours: 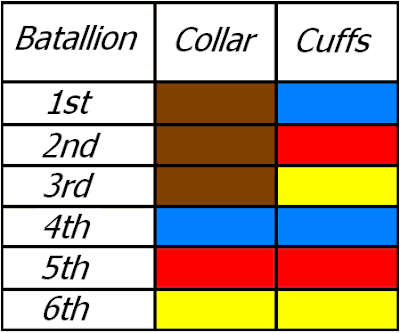 The jacket was trimmed with yellow cords, green piping edging the collar, cuffs and shoulder straps. The buttons were round and yellow.

The Elite companies of Atiradores (literally, "Shooters") had additional green fringes to the ends of the
shoulder straps. The waistcoat and trousers were Saragoça-brown in the Winter, or white in the Summer  The short gaiters were black. 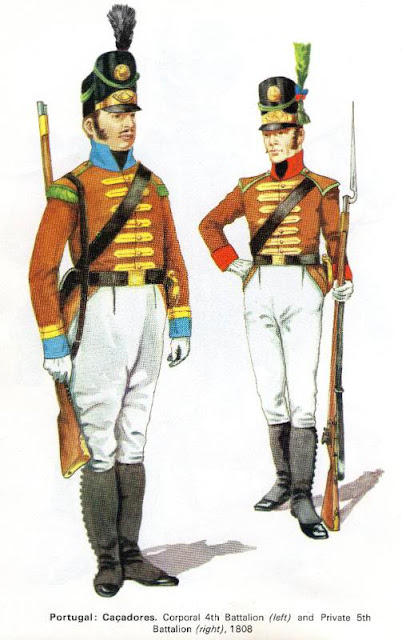 Similarly to the Line Infantry Regiments, the Caçadores originally wore the 1806 "barretina".
It had green cords, and the distinctive brass bugle horn badge. The Battalion number was stamped in the
brass lower band. On the left side, the ordinary Caçador´s barretina had a green plume, while the Atiradores had a black one. 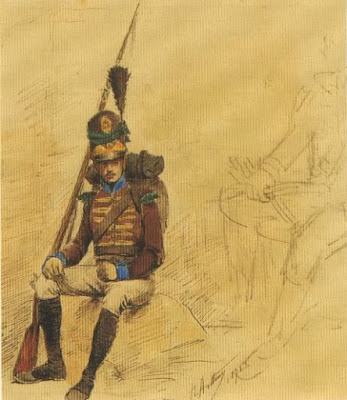 This directives would last until 1811, when the number of Battalions was doubled, and General Order of 30 July 1811 introduced several changes.
Publicada por Rog à(s) 08:10 22 comentários: