The House of Aviz was the second dynasty of the kings of Portugal, established as a result of the dynastic crisis following the 1383 death of King D. Fernando. 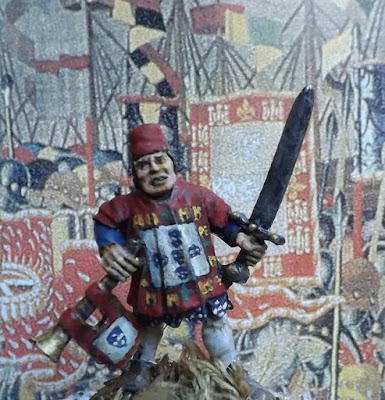 In April 1385, amidst popular revolt and civil war, the Cortes of Coimbra declared John, Master of Aviz, as king John I of Portugal. He was Fernando´s half-brother and natural son of Fernando's father and predecessor, Pedro I. 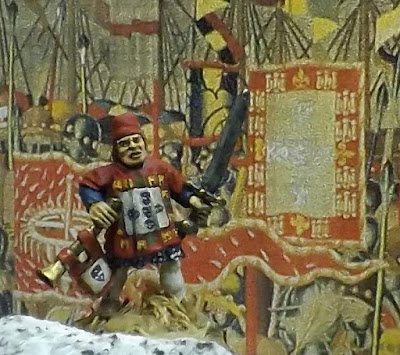 The following period of Portuguese history saw the ascent of Portugal to the status of a European and world power. 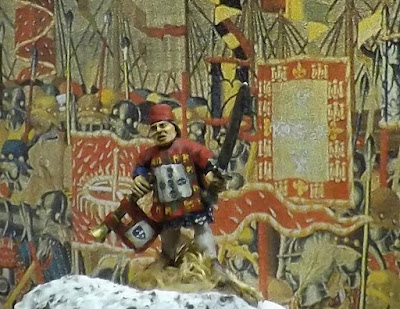 The conquest of Ceuta in 1415 was its first venture in colonial expansion, followed by a great outpouring of national energy and capital investment in the exploration of Africa, Asia and Brazil with the founding of colonies to exploit their resources commercially. 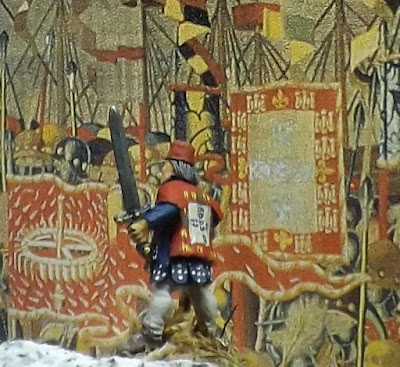 The period also includes the zenith of the  Portuguese Empire during the reign of Manuel I and the beginning of its decline during John III´s reign. 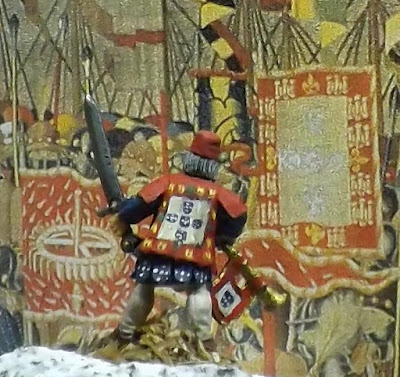 The House of Aviz would rule Portugal until Philip II of Spain annexed Portugal in 1580. 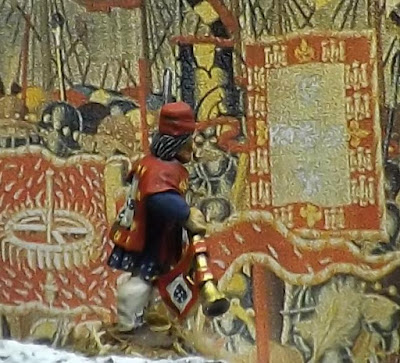 In the background, behind this proud - and slightly overweight - Herald, a parcial view of the Pastrana Tapestry. 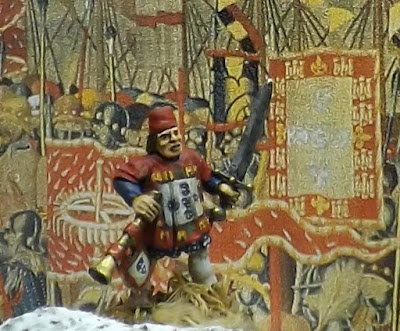 Commissioned by King Afonso V (1432-1481) and expertly woven in Belgium's Tournai workshops in the late 1400s, the Pastrana Tapestries are singular for their depiction of a contemporary subject: Afonso's military campaigns in North Africa - notably, the conquest of Arzila, on 24 of August, 1471. 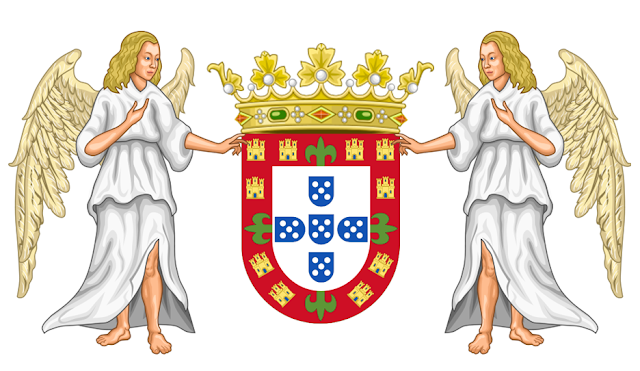