"Baron von Jaeger is rather unique, an eccentric, may be even a madman, but irreplaceable nonetheless." 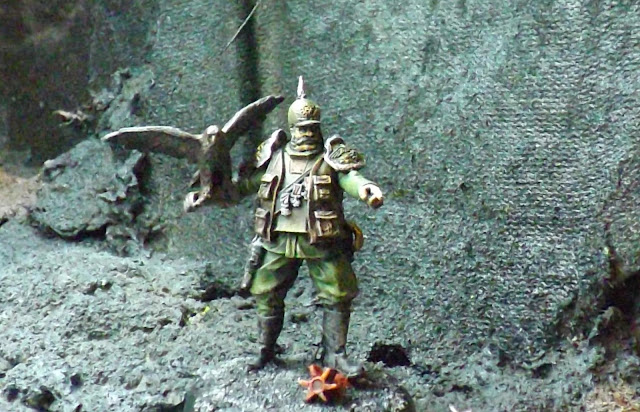 "Jaeger considers himself a hunter more than a military man; he spent his childhood honing the art of the hunt in the jungles of House Piquarde, near Helmutsport on Venus. The skills he developed while hunting Devilcat, Venusian Python and alike on his ancestral home, have placed him in good stead within the Bauhaus Military and specifically the Bauhaus Artillery Korps (BAK), where he has excelled for 40 or so years. 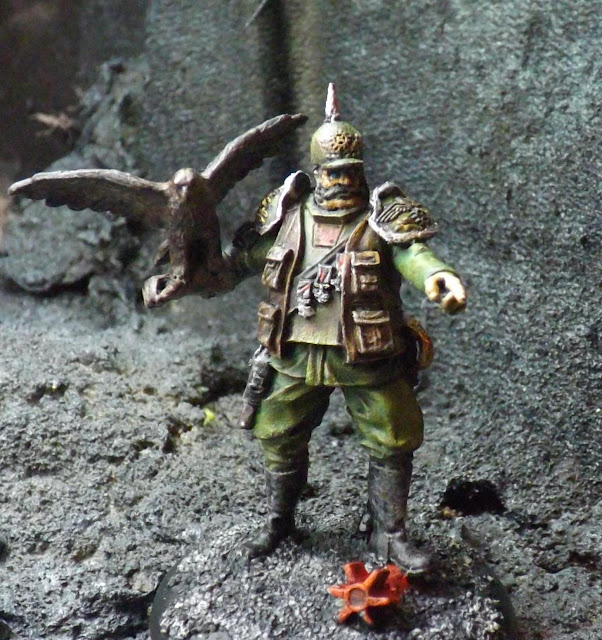 He is a strange sight to behold upon the battlefield, decked in the finery of a Bauhaus Kapitan, over which he wears his tatty fifty year old heavy leather hunting jacket. Perched upon his arm is his faithful hunting hawk ‘Hans’. He wears a monocle and has the most  magnificent of moustaches." 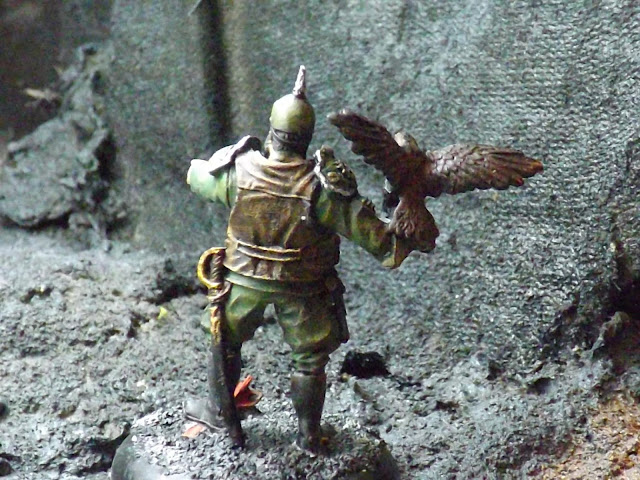 "Jaeger’s talents have afforded him the leniency of his superiors in regards to his less than standard tactics and  ppearance. When an enemy needs to be hunted in a brash show of Bauhaus military force, Jaeger is the man for the job. His befuddled  ppearance belies a shrewd and tactical mind, a mind that sees a battle as something beneath him; much rather would he be hunting down a stealthy and intelligent foe in a series of precise attacks and feints, finally finishing the worthy opponent in a large, precise and devastating bombardment, obliterating them from existence. He scorns any mission given to him that does not spark his hunter’s interest, giving it the least of his attention. This has led to no end of disciplinaries, but his exemplary record elsewhere has ensured his current batch of superiors utilise the ‘old Baron’ where he is at his best." 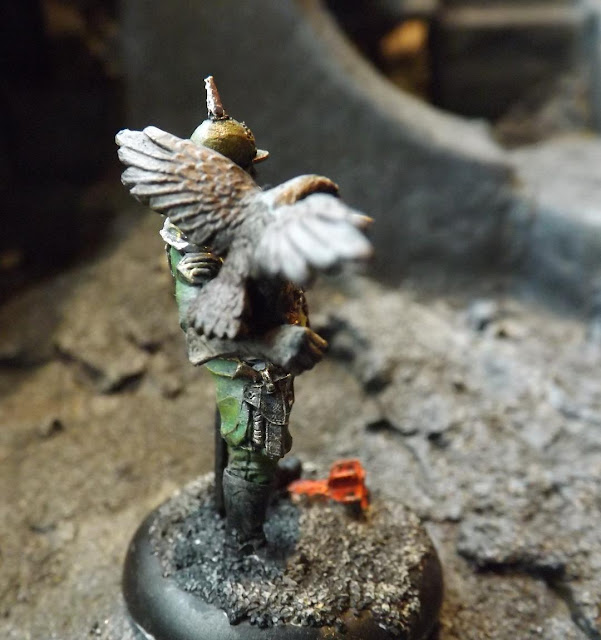 "Jaeger will always be found amongst the howitzers and cannons of his korps, surrounded by tables filled with maps and antiquated instruments of cartography and survey, reams of ink and guava splattered plans billow in the wind, detailing his target and the intricacies of the particular hunt. He will often go beyond his station, taking control of the larger army, ignoring the counter of his field superiors, wielding their men as if his own. Placing them, repositioning them and distributing them ready so that they will funnel the prey. Constantly muttering to himself as he discusses his plans with Hans, often getting into loud argument with the tempestuous bird as it’s ‘suggestions’ infuriate the Baron." 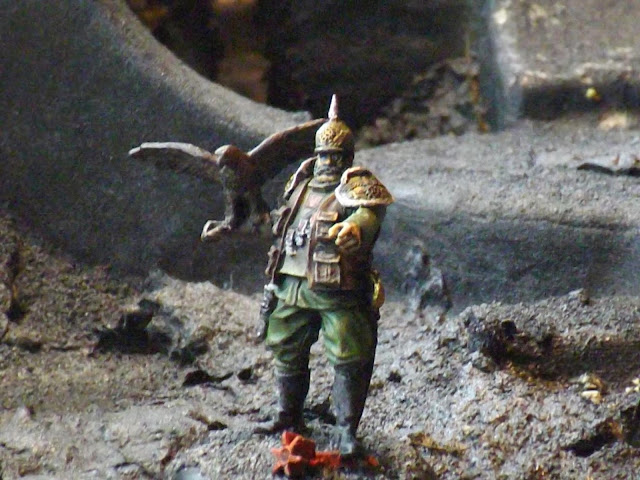 "Eventually, the moment will come when he has positioned, or funnelled, his prey. ‘Check mate’ he will mutter under his breath as Hans squawks and flaps in excitement. ‘FIRE!’ he screams before his guns reply."