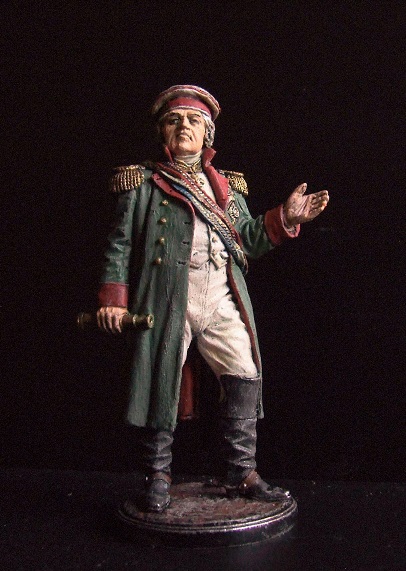 Field Marshal of the Russian Empire, Kutuzov served as one of the finest military officers and diplomats of Russia under the reign of three Romanov Tsars: Catherine II, Paul I and Alexander I. His military career was closely associated with the rising period of Russia from the end of the 18th century to the beginning of the 19th century.
Kutuzov is considered to have been one of the best Russian generals. 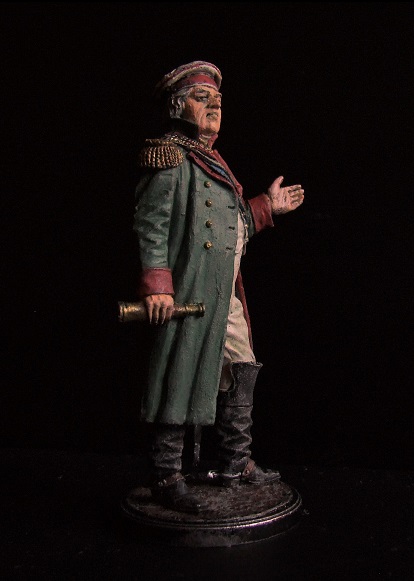 He was born in Saint Petersburg in 1745 to a family of Novgorod nobility.
His father was a Russian general and senator. Kutuzov began military schooling at age 12 and joined the Imperial Russian Army in 1759. Three years later Kutuzov became a company commander in the Astrakhan Infantry Regiment under Alexander Suvorov. He took part in crushing the Polish Bar Confederation rebellion. During the Russo-Turkish War of 1768–1774 he served in the staff of Pyotr Rumyantsev at Moldova for the battles of Larga and Kagul. In July 1774 at Crimea, Kutuzov was severely wounded by a bullet that went through his temple and out near his right eye, which became permanently scarred.
He returned to Crimea in 1776 to assist Suvorov and conducted negotiations with the last Crimean khan Girey, convincing him to abdicate and submit to Russia. 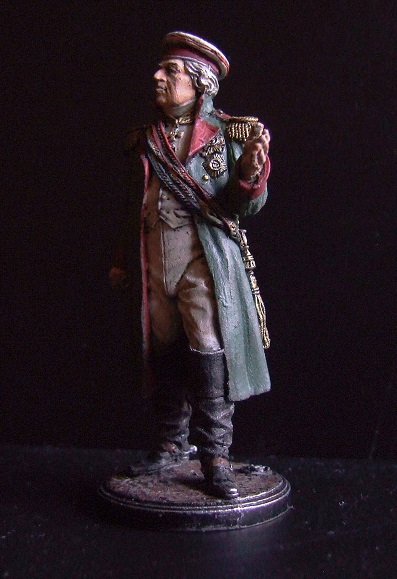 After Kutuzov became Governor-General of Crimea in 1787, the Russo-Turkish War of 1787–1792 began.
He was again severely wounded in 1788 during the Siege of Ochakov when a bullet was shot through both of his temples. Kutuzov came back a year later, taking part in the Battle of Rymnik and Siege of Izmail. Near the end of the war, he led a decisive charge at the Battle of Măcin.
Kutuzov was on good terms with Tsar Paul, but had disputes with his successor Tsar Alexander.
In 1805, he led Russian forces alongside Austria during the Napoleonic Wars. The allied Russo-Austrian army was defeated by Napoleon at the Battle of Austerlitz.
Alexander blamed Kutuzov and demoted him to Moldova for the Russo-Turkish War of 1806–1812. Kutuzov vanquished a four-times larger Turkish army at Rousse and brought an end to the war with a decisive victory at the Battle of the Danube. For his achievements, he was awarded the titles of Count and Prince. 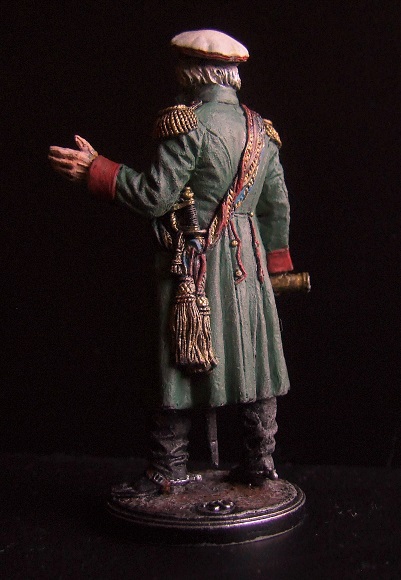 Kutuzov returned at the request of Alexander for the French invasion of Russia.
He was appointed Commander-in-Chief, succeeding Barclay de Tolly and continuing his scorched earth policy up to Moscow. Under Kutuzov's command, the Russian army faced the Grande Armée at the Battle of Borodino.
He allowed Napoleon to take an abandoned Moscow, which was afterwards set on fire. 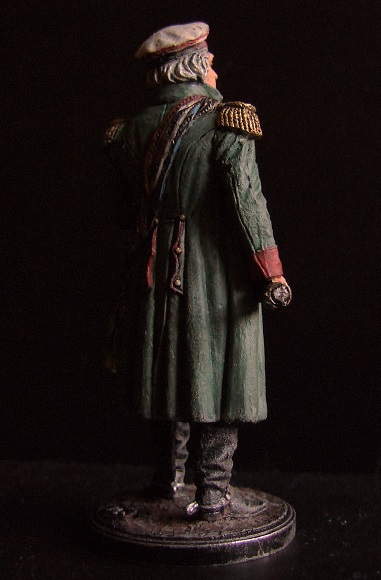 Kutuzov counter-attacked once Napoleon retreated from Moscow, pushing the French out of the Russian homeland.
In recognition of this, Kutuzov was awarded the victory title of Prince Smolensky.
He stepped down from command due to deteriorating health soon after the French left Russia. Kutuzov died in 1813 at Bunzlau and was buried at the Kazan Cathedral in Saint Petersburg.
Kutuzov was highly regarded in the works of Russian and Soviet historians. 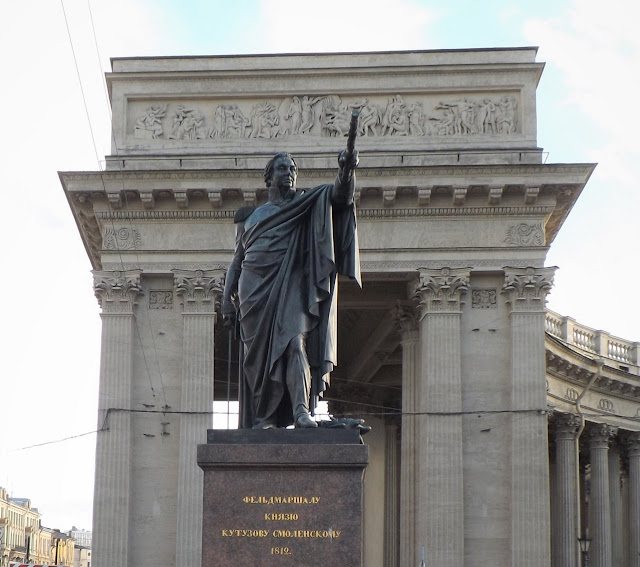 My impression of Kutuzov´s monument in front of the marvellous Cathedral of Our Lady of Kazan, in St. Petersburg.  Not an easy task - plenty of tourists immortalizing themselves in the vicinity... :) 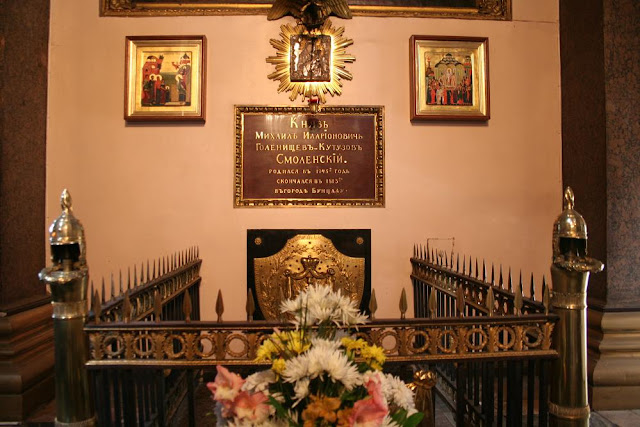 Kutuzov´s tomb, inside the Cathedral (image taken from the internet) 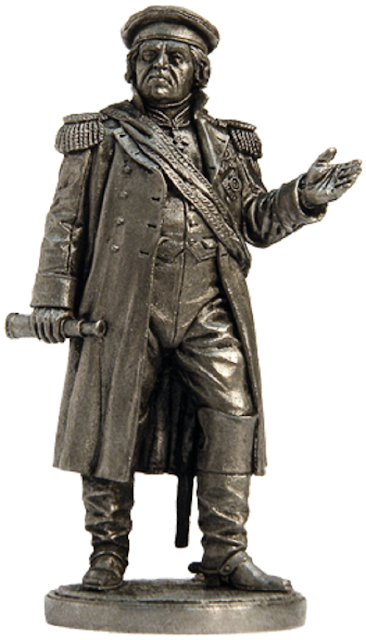 Yet another of the wonderful miniatures I bought in St. Petersburg.
It is made in Russia by EK Castings.