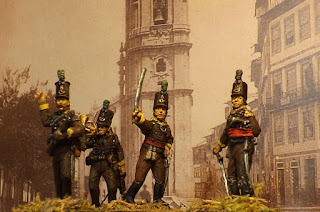 The Battalion was originally organized in Porto, on July 12th, 1808, as "Batalhão de Caçadores" (Hunters Battalion ), by order of the Provisional Junta of the Supreme Kingdom´s Government of Porto.
By the reorganization of the 28th October of 1808, it was incorporated in the Portuguese Army with the designation of Batalhão de Caçadores n.º 6 (Hunters Battalion n. 6). Its recruits came mainly from Porto city and surroundings ( the "Partido do Porto") 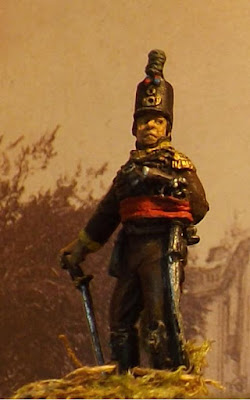 The 6th Battalion´s Commanding Officers were: 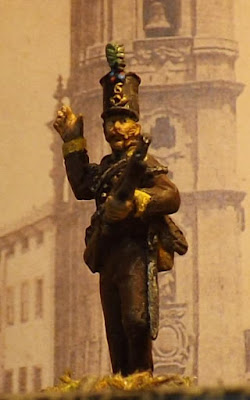 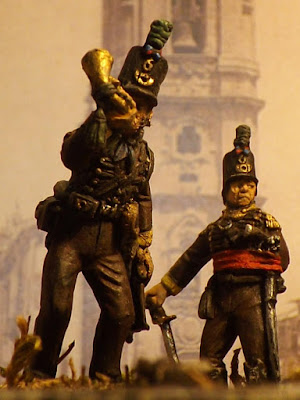 After the expulsion of General Junot's army from Portugal, British Army General William Beresford was recommended by Arthur Wellesley for the role and was appointed as Commander-in-Chief of the Portuguese Army on 7 March 1809. As part of Beresford reforms, Portuguese War secretary Miguel Pereira Forjaz proposed the creation of independent battalions of Caçadores and six would be created. Later in the Peninsular War, additional battalions and other units of Caçadores were formed due to the success of the original six battalions. Each battalion came to include a special Atiradores (sharpshooters) company armed with rifles. In the Anglo-Portuguese Army, some Caçadores units were integrated into the elite Light Division, brigaded with the British units of the 95th Rifles. 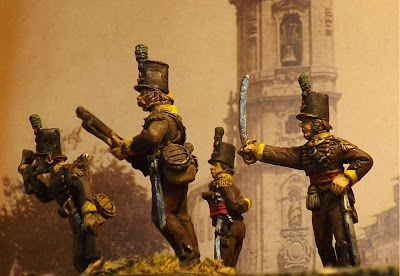 One of the most distinctive features of the Caçadores was their brown uniform. The brown uniform was chosen as a form of camouflage, considered more appropriate to the dry lands of the Iberian Peninsula than the traditional green uniforms used by the light infantry of most other countries in Europe.  During the Peninsular War, the Caçadores became especially notable in the performance of marksmanship at long distances. Arthur Wellesley referred the Portuguese Caçadores as the "fighting cocks" of his Anglo-Portuguese Army. 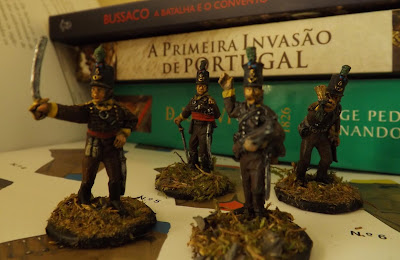 The 6th Battalion´s most relevant actions in Portuguese soil against the French Imperial Army occurred in the battles of Roliça (August 17, 1808) and Vimeiro (August 23, 1808), as part of the Trant Brigade, and the Buçaco battle (September 27, 1810) integrating the Campbell Brigade. 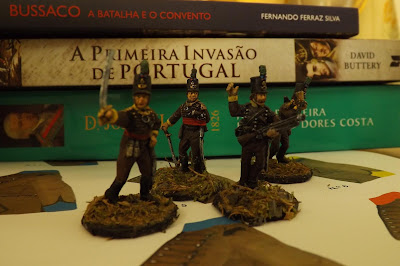 The 6th Battalion was one of the most active units in the Anglo-Portuguese Army,  fighting its way  across  Spain and well into into French territory, from Fuentes de Oñoro to Toulouse: 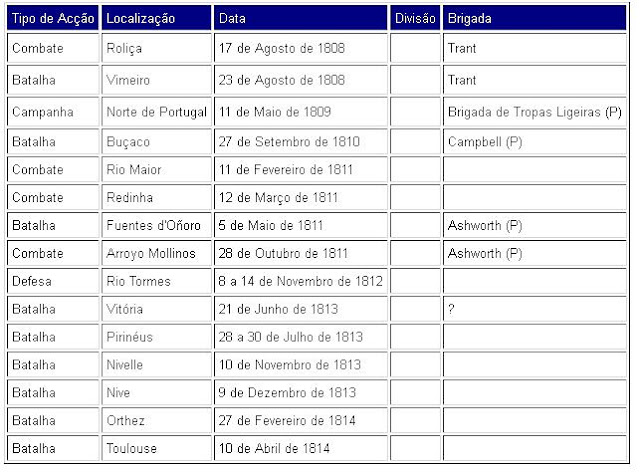